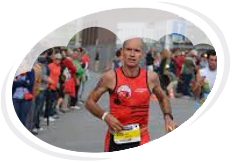 Before and during thealtitude internship"I have my hematocrit let determine, that eventually went from 39 (before) to 43 (after), so probably a pretty positive effect. Unfortunately I did not take any extra iron during that period, perhaps the effect would have been even greater. The installation of the altitude tent went very well, I had no further problems during the rental period. Also handing in the altitude tent happened perfectly according to agreement. Sleeping in the height tent was not that bad, maybe I was lucky that it was not too hot outside that period. The most important of all is that I was able to qualify for the Ironman in Hawaii, which was the ultimate goal. So probably I want to rent an altitude tent again, I think mid August to the end of September, I will keep you informed.