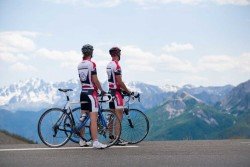 Are you walking faster or just slower at heights? And what influence does one have altitude internship? The authors of 'The Secret of Running'set the bar high this week!

Influence of height on performance during competitions

In 1968 the effect of altitude on the long distance performance became apparent during the Olympics from Mexico. The Kenyan won on the 10 km Naftali Temu in a very moderate time of 29:27:40, while the marathon was won by the Ethiopian Mamu Wolde in a also moderate 2:20:26. These times were considerably slower than the then world records.

The most important explanation for the poor long-distance performance in Mexico is of course the fact that Mexico is situated at an altitude of 2421 meters above sea level. At that height the air pressure is much lower and therefore there is much less oxygen available. The air pressure can as a function of the height be calculated with the formula: 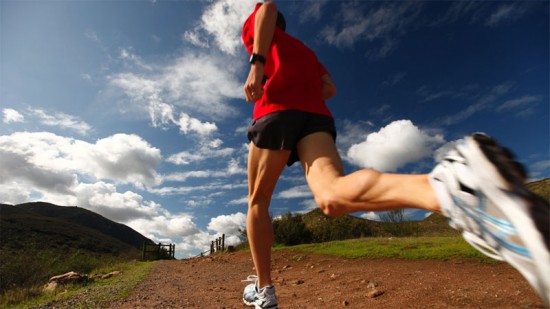 At an altitude of 2421 meters, the air pressure according to this formula is only 0.75 atmospheres or 25% less than at sea level. The solubility of oxygen in the vesicles and in the blood is directly proportional to the air pressure. This means that the heart-lung system of the athletes in Mexico had 25% less oxygen available, which should translate into a 25% lower VO2 max! Seen in this light, the performance of the 1968 Olympic Games is not that bad. Based on the reduced availability of oxygen, we would have expected even worse times! That times were not so bad in this respect can be explained by ... 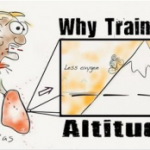 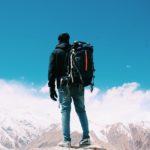 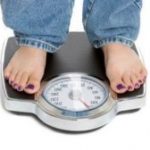 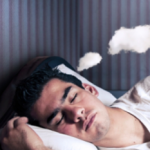 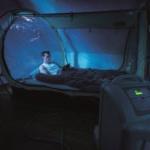 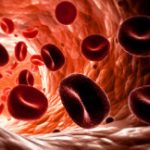 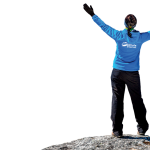